The End... Until we meet again!

March 24, 2021
PTD Servers Shutting Down The end is here.. PTD servers will be shutting down in the next few days and with that PTD (1/2/3) logging in/saving will no longer work. The reality is that with Flash being disabled on most computers the small player base that was left was cut dramatically and so it cost more to keep the servers running than the game generates via ads/sales. Another reality is that my own reality and the indie game environment has evolved throughout these years. When I started PTD, I was a college dropout living in my parent's house. I had a girlfriend and I worked in a warehouse and while things were going okay, I longed to do more with my life to make something that many people would really like and that I could be proud of. Along the way I meet Dan and we wanted to make games together.. that didn't really work out and we got burnt out after our first release (a game called eTheater). After that I still wanted to make games so I made a small mobile game and then I
285 comments
Read more 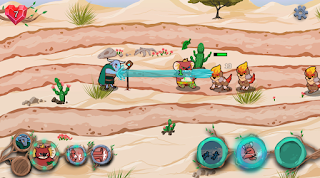 We did it! Prototype out now! I'm very excited to present to you the Cosmoids TD prototype, Marie (our artist) and I have been hard at work to bring this prototype to you. Prototype Normal Level I do want to say that the purpose of this prototype is to give you a taste of what the gameplay and graphics will be like in this game. The levels are really short and in the final games levels will last a bit longer. Also missing from the prototype are item drops, experience gains and leveling up, also recruiting (the equivalent of capturing pokemon in ptd) is also missing from the prototype. Those are things that I will be adding going forward. So with that out of the way I hope you enjoy this look below and please please please tell me what you think. The next steps will be taking this prototype to kickstarter and try to fund the game as well as funding adding even more cosmoids (right now we are set for 15 unique cosmoids but we would like to add many more!) You can play
336 comments
Read more 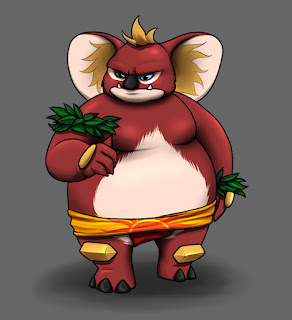 Welcome to the 4th installment of Meet the Cosmoids! Sorry about the delay, I've been working very hard on the game as well as handling my life responsibilities. Sometimes I choose to work on the game rather than work on the blog as I think this will be more beneficial in the long run. Do you agree? let me know! Anyways on to the show! I'm very excited about this next Cosmoids, he is the great fire Koala Blitzupial! Blitzupial is angry.. you won't like him when he is angry! "Content with just spending his days eating and sleeping without a care in the world. However due to the recent drought and fires the majority his food supply has been lost. Filled with anger over his lost, Blitzupial now takes his stand against those responsible." Blitzupial is a Fire Cosmoid, his main role is Damage and his secondary role is Tank. Marie and I had a lot of fun animating this character, he is very serious about his cause but since he has been mostly inactive an
240 comments
Read more 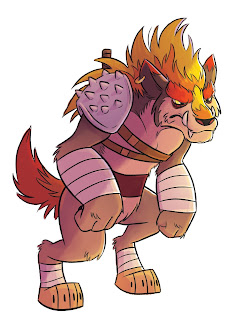 Welcome to another installment of Meet the Cosmoids! I'm sorry about the delay on this one, my goal would be to do one of these at least once a month or even every 2 weeks. Quick Game Dev Update Just a quick update on the progress of the game. We have all 15 Cosmoid Character concept designs done. I have the inital ability design done for all the Cosmoids (2 active, 2 basic and 2 passive abilities per Cosmoid). Now we are working on the actual game assets. About 6 Cosmoids have their animations completed (minus some special animations for active abilities). We have stopped the character animations to focus on attack graphic effects to give abilities visuals feedback that will make them flashier and intuitive to understand what is going on. On the programming side I have completed all abilities for the Wishmaker and Chameleaf. Currently I'm working on the Fire Hyena's abilities. Speaking of the Fire Hyena... Vol 3 Fire Hyena This week we want to spotlight the Fi
373 comments
Read more 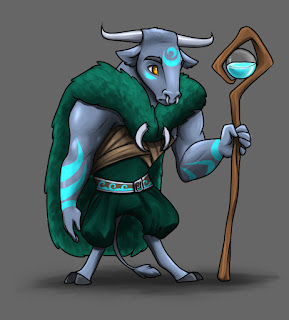 Hi friend! Welcome to another installment of Meet the Cosmoids! If you don't know, Cosmoids is the next game I'm working on. It is a spiritual successor to the Pokemon Tower Defense series and it feature 15 new characters called Cosmoids. They are similar to Pokemon but they are more human like, they wear clothes, use tools and weapons, can use magic and have a shared language this is common to many races in the known universe.  Vol 2. Buffaflow This series of blogs will spotlight all the Cosmoids, this week we will showcase Buffaflow, the gentle giant! Buffaflow, the water type Cosmoid Buffaflow is single minded and generally peaceful Cosmoids, that is until an ally suffers unjustly. It feels incredible guilt over not being able to stop the great fire, he now dedicates his life to atone for what he feels is his greatest mistake. I asked our artist, Marie, how she would describe Buffalow and she wrote me this: The water bull is a gentle and peaceful race,
133 comments
Read more 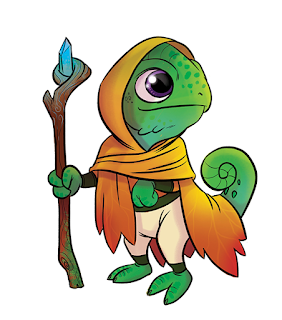 Hi friend! It's been quite a while since the last post but I have been working in the background on the game, coming up with Cosmoids designs and working with Marie on the concept art. The initial version of Cosmoids TD will include 15 unique Cosmoids. (The plan is to add more and we will be doing a Kickstarter at some point to get funding for more.) This series will introduce the 15 Cosmoids and give some details about their roles and types. We will also cover other parts of the game. Vol 1. Chameleaf The first Cosmoids I will cover is a familiar one. Our friend Chameleaf! Plant Cosmoids Chameleaf Chameleaf used to live in a tree hut in a lush magical forest. Due to the long drought a fire broke out on the forest and Chameleaf was separated from her family. She was forced to live the life of a nomad. Being able to adapt to any environment Chameleaf roams the land looking for her lost family. Types and Roles Cosmoids have types, similar to Pokemon. We have Plant, Water
156 comments
Read more

Animations and working with freelancers

Hi everyone! It's been a little bit since my last blog post but I don't plan on taking 6 month between post like before... Having a kid takes up a lot of your time but he is 6 months old and it gets easier and I'm able to work on the blog and on the game. The good news is that I've been working with some freelance artist and mainly that is just communicating back and forth so I'm able to do it quickly and on the go. Working with an artist, one of the most important things to do is make sure you are on the same page and communication is key for this. So what I want to do is show you some of the process that I went through with my artist to create Hyena's death animation. Here is the final result. Final Animation It all started with my artist suggesting that the Hyena's hair should turn brown when he dies to symbolize that his fire has gone out. I totally loved this idea, it reminded me of when a super saiyan is defeated, they go from blonde hair
219 comments
Read more
More posts